The whole reason I am in Peru is because Lisseth and Jay are on a mission to establish a volunteer oriented travel abroad program. The dream is to get groups of volunteers out to Peru and eventually Brazil and into local organizations that could use extra help. We are the guinea pigs for this "run through" (ps, did you know guinea pig is a real delicacy here? We haven't-and won't be- trying it, but its a real thing). I've been on lots of trips, some organized group trips and some just winging it, and I have to give Lisseth and Jay lots of credit for this trip having just enough structure and yet still plenty of freedom. I also have to give this group a lot of credit for being so go with the flow and open to the changes and hiccups that are a part of any new project. For the most part, we've been extremely fortunate with the people who run our volunteer sites ( I guess maybe it shouldn't be such a  surprise that these incredibly selfless and loving poeple would treat us as their own). And we've been lucky that doors seem to just keep opening at the right times...leading us to cab drivers who become friends, and expats with magic phone numbers for impossible to find volunteer sites. We've also somehow managed to catch the greatest sunsets by accident, have free days conveniently line up when some have been feeling under the weather and need to just veg, and stumble upon magic moments like picture perfect sunsets, pick up soccer games and a festival in the center of lima, and a proposal on the beach!

Pretty much, our days have been long, but filled with great things. So when Monday morning rolled around, and we learned that our volunteer oppurtunity at a women's domestic abuse center wouldn't be happening, it wasn't a stretch to think it was for a reason. Our full day turned into a free day which ended up being great for business here in Peru. Abroaden ( pretty soon you'll be able to google this and see something other than a yoga mat) got to do some filming. Our guinea pig status maybe underplays our roles down here a little bit. Amongst our test group, we actually have an amazing videographer (Zach), a photographer (Bill...and kind of all these ppl with their fancy cameras I suppose), a Morgan, who's our babay but also the groups comedian and blunt voice of reason, a Lindsey, another amazing photographer, and fearless traveler, and then me. We  have some responsibilities too (its not all fun and games folks) and sitting infront of a camera and answering a bunch of questions ends up being both time consuming and very draining. Eveyone here are photographers, I think we all agree we like being behind the camera way more than in front. And to have a mic on and have to answer questions and talk about your feelings....I think we're all hoping Zach's a video-editing magician (no pressure Zach).

We've filmed our personal sections twice now, which is great because it means we only have one left! But also great because as embarassing/uncomfortable as they are, they are great times to relfect on just how much we've done and seen. It's also exciting to see how this whole dream of L&J is coming together and how this website is going to look so amazing. Our free day also opened up time for Lindsey and I to take a trip to the airport in an attempt to sort out her flight to Bolivia at this end of this. And for a return to our favorite, dig-through-the-bins clothes store, and some hangout time around the hostel (we made 2 new friends!). George, from Puerto Rica who was actaully just with us for 40 mins before he had to catch his taxi back to Peru...but 40 minutes was enough time for him to introduce us to a new peruvian wine, AND warn us of the food poisoning that got him and his friend from the restuarant we had plans to eat at for our night out this week! thanks for that save George! And Tori from Arizona who's traveling solo for the month with a program called workaway.info and has done so many cool things INCLUDING birthright and hiking through Zion and so we're pretty much new best friends. We also got to have another one of Mama-Lisseth's Home Cooked meals (a pesto? spaghetti with a chicken cutlet of some sort?) I'll have to ask her more about that one when I see her tomorrow beause that sounds very much italian and it was very much not. I forgot to take a picture.

Which, about tomorrow, its actaully today because I am a day behind writing this (almost two days since its 10:30 pm) ooops! But all in all Monday was a very full day for a whole host of things we hadn't even planned. Funny how that works. There's also a whole story behind the women's shelter that needs to be talked about, but there will be more on that soon. In the meantime, I will throw some pictures on here that most likely did not come from yesterday and let you figure them all out :D 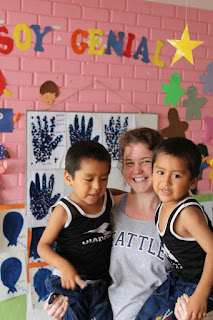 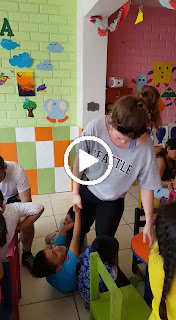 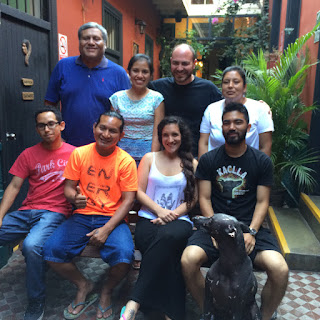 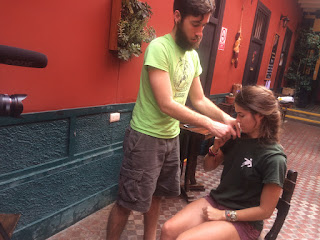 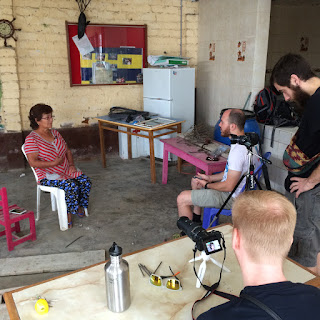 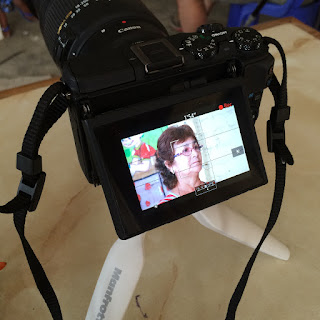 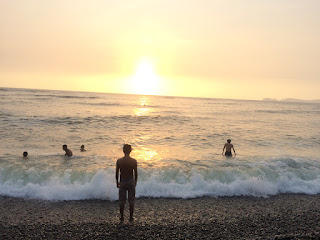 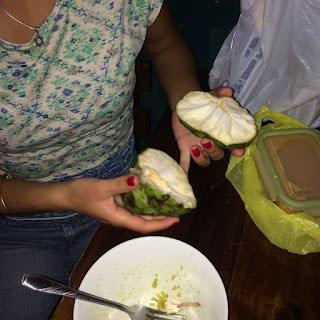 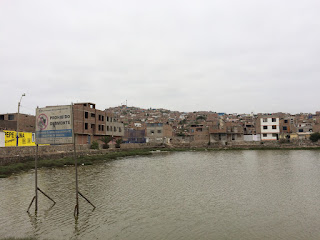